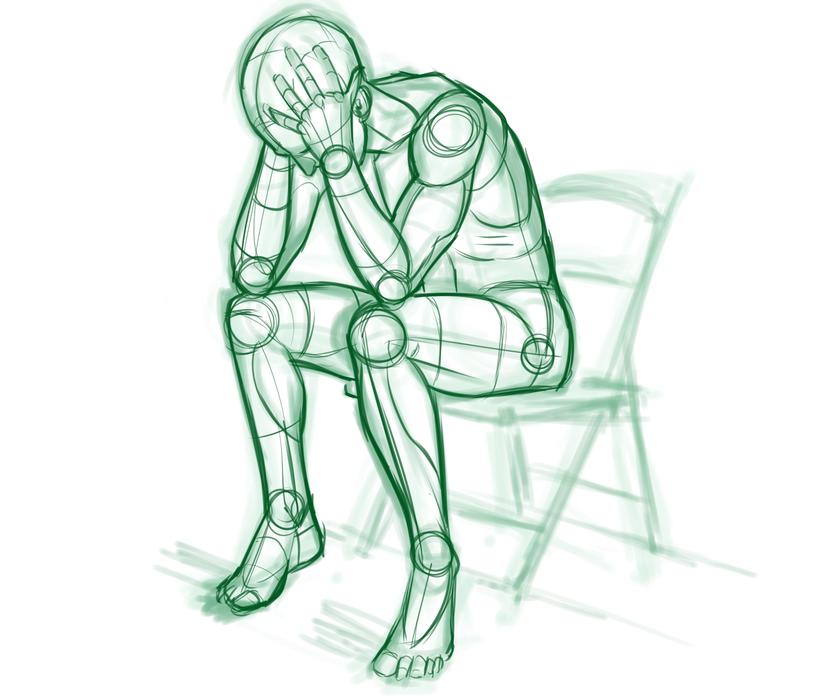 This semester (Fall 2020), I employed a teaching strategy, inspired by something I did last semester (Spring 2020) when the classes abruptly moved online. I created a discussion space for the students to share with me their apprehensions on remote learning. Many students who are used to on-campus classes are apprehensive about the remote learning, and those apprehensions have not lessened any. So to find out what the student apprehensions are for this semester and how can I address them I thought it was a no-brainer to hear from them. And I’m sharing in this post the patterns found in their concerns with the hope that other teachers might benefit.

Before start of the Fall classes, I created a google form and shared it with my students to find out their concerns. I identified patterns in their concerns, grouped them, and outlined how I plan to address them. I believe knowing some of these concerns helps me adapt my pedagogy, plan better, embed flexibility, and assess various course requirements. Most importantly, this exercise demonstrates to the students that I’m at least making an effort at accommodating their issues, an important trust-building exercise at the start of a course.

The famous crowdsourcing website and infohub on protests/activism crowdvoice.org has hung up its boots so to speak. The message on the home page of the website says: “After 10 years of collecting crucial on-the-ground evidence on various social justice issues worldwide, the application will now be in read-only mode. Thank you for all your support.”

Esra’a al Shafei, the founder of crowdvoice, wrote a pragmatic elegy about the project, its success, and what she learned in the process. Though the website has stopped adding new information, there’s ample and percious archival data in its vault to keep us occupied and glued. Future generation of protesters have plenty inspiration to glean, and intellectuals/researchers/journalists have enough fodder and reasons to keep returning to the project.

One such archive is “Caste Based Atrocities and Dalit Movements” of India. The evidences, testimonies, and news materials are neatly organized under Backstory (which is a detailed timeline), Infographic (a broadsheet of data), and Media Feed. This could be a great resource to share with an introductory class on social movements or a class on dalit atrocities.

One particularly unforgettable story in the archive is that of Bant Singh, a Dalit farmer from Punjab, whose limbs were chopped off because he dared to lodge a court case against upper caste assailants who raped his daughter. Bant Singh survived, and he became even more legendary and turned into a community leader by his singing abilities. Here is a short film made on him. 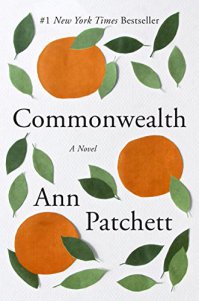 Ann Patchett’s Commonwealth has this scene at the start of the Chapter 4 that develops primarily through dialogue. In fact, bulk of that chapter is dialogue. The dialogue is between two characters: Franny, a cocktail waitress, and Leon Posen, a customer at the bar and occupationally a writer. The setting is Chicago’s iconic Palmer House Hotel. It’s near closing time for the bar so it’s almost empty. Franny is a huge fan of Leon Posen and she has read all his works quite faithfully. So when she finds out that Leon Posen is at the bar, Franny takes the opportunity to be his bartender to impress her idol. Leon, for his part, has had a few drinks already and he’s smitten by Franny’s beauty. He relishes at the idea of being served by Franny so that she could linger around him. 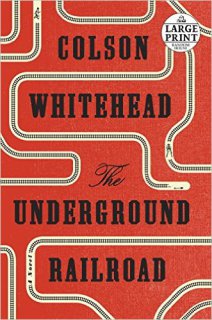 There’s this line toward the very end of Colson Whitehead’s book, The Underground Railroad: “She trusted the slave’s choice to guide her—anywhere, anywhere but where you are escaping from.” This is a realization that comes to Cora, the protagonist and a runaway slave who is seeking lasting deliverance. Cora’s realization is a reminder to the self, a lesson in survival. She’s been on the run from Georgia to South Carolina, then to North Carolina, Tennessee, and Indiana. Yet, she’s still fleeing: to go anywhere, any other place that’s an escape from the present condition. But that “anywhere” is only a transient state before it reminds a runaway slave that he/she is on the hunt again. And he/she has to seek a new refuge, a new “anywhere.” The unifying thought that holds together Whitehead’s novel is this question: where does, if at all, that “anywhere” exist for an enslaved person?

Three AFP photographers went out on a mission to capture US-Mexico border in pictures. Their curiosity was what does the border physically look like? What would the proposed wall (as promised by Trump administration) do? The photo-essay “Cut in two: travels along the US-Mexico border – a photo essay” is the result of their 2000-mile long journey.

I often remind my students before research writing projects of what counts as credible source and what not. There’s more debate to be had on this issue these days since students are more dependent on the world wide web for their research than ever before. It’s often difficult to delineate which websites can be more trustworthy than other and more so, which can be quoted in a research paper in a composition class. So what about Wikipedia? Many students get that Wikipedia is not a source to cite in academic papers unless there’s a point to be made about the encyclopedia itself. But very few students though remember and apply to use Wikipedia as a tool for deepening their research. Maybe this quote from Katherine Maher, Executive Director of the Wikimedia Foundation, will help to emphasize that idea. This is from an interview she gave to The Guardian:

If you are going to do original research, especially if you are going to write a paper or do a piece for publication, it should go into more detail, talk to primary and secondary sources and the like. Wikipedia fills a different role [that of being a jumping-off point].

19,444 gallons of water in the desert: how volunteers save lives at the US border

Carrot Quinn volunteered with No More Deaths, an organization devoted to those who risk dehydration entering the US where the wilderness is a 'weapon' e're walking in the Growler Valley near Ajo, Arizona, sidestepping around bristling cholla cactuses and traversing the deep, sandy washes that cut the land when we find the skull.

This essay by Carrot Quinn is a good example of blending of personal writing and journalism. When you cover an issue that is so difficult and emotionally eviscerating and you’re an eye-witness to numerous speechless victims whose stories will go untold and you have the burden of relaying that condition of omission and then there are these difficult questions like “what for? why? how could we?”, it is hard to check your outrage and balance the needs of a perfect narrative.

Quinn writes: “It wasn’t always this way; for decades, the route into the US was less hazardous to human life, and yearly deaths hovered in the single digits. Then, in the mid 1990s, the Border Patrol adopted a strategy called “prevention through deterrence”: urban areas were walled off and checkpoints were placed in such a way that people attempting to cross were funneled into the driest, most remote and brutal parts of the desert, far from roads, resources or possible rescue. In other words, the US Border Patrol used the desert wilderness as a weapon.”

Transcript: President Obama on What Books Mean to Him

I was reading Barack Obama’s interview with Michiko Kakutani on NY Times today. Obama speaks of his love for books, especially novels. His opinion on literature is as astute as a literary critic’s. He thinks that literature is necessary for everyone to read and even more so for a president. According to him, literature teaches you empathy and the ability to quiet your brain to think. The fact that a lawyer/politician/powerful leader chooses literature as a means to build these two qualities is the important point here.

Before I entered into the discipline of writing and literature, I was trained as an engineer. I know that I learned what empathy is and how to row past my own prejudices through novels. I feel like literature is for everyone. It’s an essential survival means for all of us. Secondly, Obama’s point on focus makes an even stronger case about why the books are the remedy to our ADHD minds. I worry about myself, my generation, and the generation after us about the influence of technology on human minds, on our ability to quiet our brains, to embrace boredom, and to not split into atoms of zillion distraction before finishing a book.

I start 2017 with this TedTalks video that I often share with my writing students. I try to convince them that constraint isn’t always detrimental to creativity. Rather, right type of constraints can inspire a person and propel him/her to find a creative solution. The speaker of this TedTalk, Tim Harford, shares several examples where constraints (“mess” as per him) led to creative solutions despite reservations from the persons struggling with constraints. If you’re a teacher struggling to convince your students of the ambitious writing projects, share this video.

To take the notion of “mess” further (from abstract to a concrete level), Harford in this article talks about how a messy desk is not necessarily a sign of sloppiness and inefficiency. Being superorganised and an obsessive planner can suck up too much time and, in fact, can heighten stress. Pay attention to the “filer” and “piler” categories that this article talks about. It’s not always the case that organized people are more productive or that they stay on top of their workload. Being messy and disorganized have their own advantages.

Yes, the determiner “the” seems to be disappearing from our writing and speech at an accelerated rate than anticipated. Who or what to blame? Well, it’s not clear yet. Easy suspects are texting, instant messaging, etc. But that sort of hypothesis will be simplistic, as this Language Log article suggests. As for me, if you point out that I have skipped a determiner in this post, my response: ‘Tis the trend, dude.